Oh, the laughs we shared… (as Rihanna Weiss): 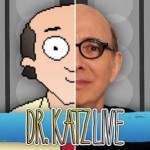 It’s been more than a decade since the final episode of Dr. Katz, Professional Therapist aired, but Bridgetown brought back the “doctor’s” familiar banter to headline its opening night. And with better picture quality than Katz’s famous Squigglevision… [read more] 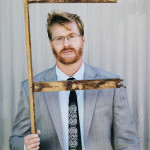 “Portland’s not a part of America anymore. Do you know how easy it was to find a marching band?” Kurt Braunohler asked the crowd gathered in the Doug Fir, which Matteo Lane compared to a “mini Indian casino” while Ian Karmel realized, “I feel like 250 of us went in on a timeshare”… [read more] 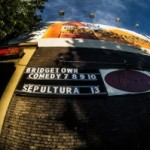 Eight comics slapped on noise-canceling earmuffs and stepped into a backstage room that resembled a Lynchian hybrid of soundproof booth, diner and basement recreation room. The sensory-deprivation format of 7 Minutes in Purgatory made for some truly innovative comedy, as we could see them, but they couldn’t see or (more importantly) hear us… [read more]