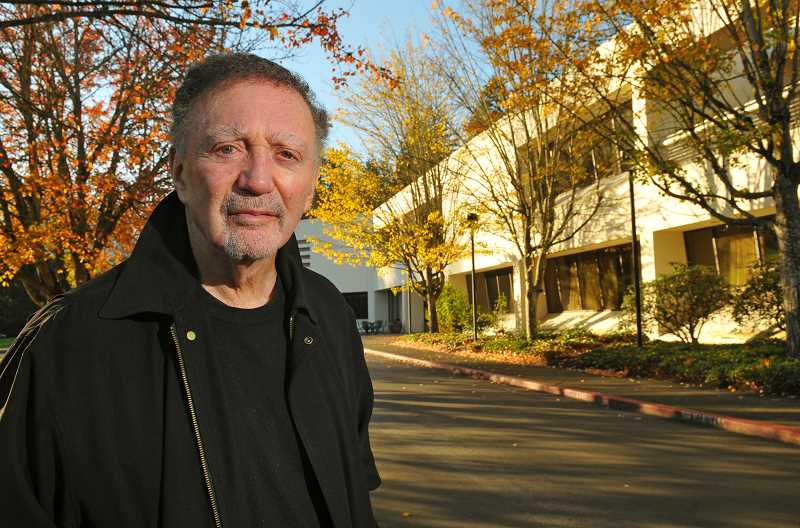 (the review) If Nick Bunick has his way, the West End Building would soon serve as headquarters to The Great Tomorrow, his multifaceted nonprofit.

Bunick’s offer last year to purchase the 14-acre property came as the city was in negotiations with San Francisco-based Kensington Investment Group. When Kensington terminated its $16.5 million purchase and sale agreement on March 5, Bunick renewed his offer of $20 million.

City officials confirmed they received an offer letter in the amount of $20 million from Bunick on April 4.

Bunick said the only conditions of his offer are that the city throw in a 1.3-acre parcel of undeveloped land west of the city. If the city agrees, he claims he’ll pay the exact amount the city paid for the property in 2006 — in cash.

And, Bunick emphasized, rezoning would be unnecessary.

The process to rezone the property as general commercial stalled last year amid general confusion about Kensington’s plans for the site, and the planning commission found Kensington hadn’t demonstrated a public need for additional commercial space in Lake Oswego.

Now, Bunick is trying to convince the city that not only will it break even, the city will end up saving money in the long run and will not have to relocate any of the facilities currently housed at 4101 Kruse Way.

It is an offer he informally presented to the city council during its Sept. 23, 2013 session.

At the time, Bunick told the council he would offer the city a free 18-month lease, although in an interview with The Review last week, he said he had no intention of charging the city rent at all.

Previously, Councilor Jeff Gudman in particular was receptive to the idea of Bunick’s offer, and soon after Kensington pulled out of negotiations, Redevelopment Director Brant Williams suggested the city continue talks with Bunick while exploring the idea of securing a commercial real estate broker to represent the property, should Bunick’s offer fall through.

“I’m not asking for a rezoning on the other 12 acres,” Bunick said in September. “It’s zoned for office. I would love for someday the city to be able to build a new library there, a new city hall and a new police department headquarters. The city would not have to relocate all those people that are right now enjoying the benefits of it. The only thing I’m asking the city in return, is they maintain the building. I won’t even charge any rent. If my foundation buys it, it’s a nonprofit foundation. To charge them rent would be creating profit.”

Such an arrangement would be in line with what Councilor Karen Bowman identified as the community’s best interests.

“There were a number of citizens who testified if council decides to go ahead with making a sale, we really need to set aside a chunk of that property that could be used for public purpose,” Bowman said during the March 18 council session.

The former site of a Safeco Insurance office, the West End Building currently costs the city about $1.5 million a year in loan payments, maintenance and operating costs. It houses water partnership offices and parks and recreation activities.

Bunick’s own plans for the site are lofty and, at first glance, diverging: administrative offices for a child abuse resource organization; offices for a program to combat hunger and to provide education to children in Southeast Asia, primarily Laos; and the headquarters of a research group he’s calling the Kruseway Cancer Treatment Corporation.

But Bunick’s career itself has had some interesting twists. The prolific developer was responsible for the nearly 300-acre, 1,000-unit Westlake neighborhood, and involved in the development of the Kruse Way corridor; he is also a popular author and New Age figure who has parlayed his own spiritual experiences into a series of best-selling books, including “The Messengers: A True Story of Angelic Presence and the Return of the Age of Miracles.” For nearly two decades, Bunick has written of reincarnation and what he views as his personal connection to biblical history.

He has also been extensively involved in nonprofits: In 2007, his The Great Tomorrow merged with Childhelp USA, a nonprofit focused on preventing child abuse and providing resources to victims. Bunick is currently the chief executive officer of Childhelp-Great Tomorrow, with Scottsdale, Ariz.-based Childhelp USA’s co-founders Sara O’Meara and Yvonne Fedderson serving as co-presidents.

The project would also complement Avery Park, another of Bunick’s developments. Located at Kruse Way and Boones Ferry Road, the property is owned by Bunick’s wife, Mary Jo Avery, a real estate agent, and is in the pre-application stage of development. Bunick told the city council in December 2013 that Avery Park will ultimately become a 60,000-square-foot mix of medical offices and retail space — which prompted him to voice his concerns about Kensington’s plans for the West End Building late last year.

With the Kensington offer off the table, Bunick wanted the city to know his offer was legit. Bunick said purchase of the property would largely be funded by grants from the International Monetary Fund and the World Bank, and that he expected to be able to secure the funds within 60 days of the offer. Failing that, he said he would gather the funds from his own corporation.