The football-obsessed comedian talks about gluten, women in sports journalism and her plans to watch Friday’s Oregon Ducks game. 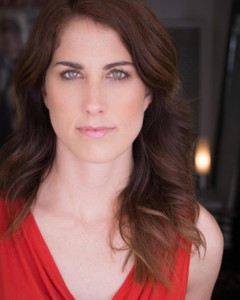 (willamette week) You may know Erin Foley as Alison, the industry-weary Rolling Stone fact-checker inAlmost Famous. But since Foley started making her way around the late-night standup circuit, a much more exuberant persona has surfaced.

By turns bubbly and absurdist, Foley claims, as so many comics do, that her career in standup was unlikely, and says she assumed she’d eventually wind up in front of a classroom, like so many in her family before her. But she also dreamed of playing professional football, adding that she has yet to fully let go of those aspirations. To that end, Foley is 67 episodes into her semi-weekly podcast, Sports Without Balls, where she discusses basketball and football with women from the worlds of comedy and sports.

In advance of her appearance at Funhouse Lounge on Saturday, Dec. 6, Foley talked to WWabout women in sports journalism, her comedy idols and living (mostly) without gluten.

WW: Why did you first try standup?

Erin Foley: I was 22 when I moved to New York City, and that was my first introduction to stand up. I started doing some improv comedy at New York Comedy Club, which is a venue just basically for standup. I was probably in the world’s worst comedy troupe. We were pretty bad. Then I would stay and just watch the standup after the improv—I’d heard of standup but I’d never seen it before. It was ridiculous I even did improv in college—I had no theatrical background. But I wound up falling in love with standup that way.

Do you remember what your first jokes were?

I vaguely remember the first time I did it, I had something about how much fun it would be if you had a stalker, and the excitement level of that. When you say it out loud, it’s horrifying.

I do remember that I waited a good six, seven months after I did it. I watched all the standup in New York. And then I remember [my jokes] were probably something to do with sports.

You’ve said you still nurture a dream of playing wide receiver in the NFL. Is standup a close second to that dream?

I guess standup is a close second, because it’s tangible. I’m doing it and I love it. I feel very lucky to be able to get up every day and do what I want to do. My favorite thing in life is sports, and my favorite sport is football. I love my New York Giants. They’re really bad, but I don’t care. No. 1 thing on the bucket list: I want to play catch with Derek Jeter. And I want to catch a pass from Manning.

How did your podcast, Sports Without Balls, come about?

I felt all this pressure as a standup—everyone was doing a podcast, and my agent was like, “You should do a podcast. This is what everyone does. It’ll help you get more road work, yadda yadda.”

I didn’t want to talk to another comedian about comedy or life, because every podcast was that. Which is great! But if I was going to put all this time and energy in it, I wanted to do something I loved to do. I’ve always wanted to merge comedy and sports—those are my two loves. And it turned into this life-changing thing for me, because that’s all I want to do. I’m obsessed with it. That’s a huge goal of mine, to take this podcast to the next level and hopefully get a producer and get more athletes on it, and sports journalists.

I just watched dudes all day talking sports, which is fine. They’re great. I love my sports programs, but it was like, where are all the women? Like [ESPN broadcaster] Cari Champion, she’s a female on First Take. She’s got to have an opinion, but she’s just up there to keep the show moving, and there are so many shows like that, where the female’s there to set it up for the man. But there are so many journalists and fans like myself, just as well informed as most of the dudes are. It’s just a different opinion and a different perspective that’s very necessary, too. That’s a goal I had to put on myself. But it’s hard, at times, getting another female on [the podcast] every week.

What’s your take on We Need to Talk, the new all-women sports show on CBS?

I was super excited when I heard the news. I’m traveling so much I kind of binge-watch it when I’m home. I think it’s a great start, I really do. It’s just fun to see women around the table. Although a lot of them are super femmed out and blinged out and wearing dresses, which is kind of my worst nightmare.

Listen, if I could make one critique, the show title We Need to Talk is horrifying to me. Nothing really good happens when we need to talk. That, to me, is a horrible title. But it’s finding its rhythm. There are 12 different women, and I think I’d rather pick four every week. But overall, you’ve got to start somewhere. This is a flagship show. I think it’ll evolve and hopefully there will be other shows that springboard off of it.

You’ve made several film and TV appearances. Is there anything else like that on the horizon?

I’m doing a weekly show on truTV called How to Be a Grown Up. That’s been really fun. That’s been me as myself, joking around with other comics.

I just wrote for a show for five weeks, a sitcom that’ll be out in the spring—One Big Happy, with Ellen DeGeneres producing. I did a lot of punch-up writing, where you add a lot of jokes in. That was really funny. And then fingers crossed, I’ll get to write more jokes for really pretty people on television.

Who are your comedy idols?

I definitely have some absolute favorites. Wanda Sykes; Brian Regan I love so much; Judy Gold, she’s big. I have to say, I think my favorite comic, maybe of all time, is Maria Bamford. I’m obsessed with Maria Bamford. We got to be friends and I get to open for her, it’s the biggest treat on the planet. And Paul F. Tompkins. I met him this summer at the Montreal Comedy Festival. We were both checking into a hotel, and I came up beside him and said hey, and he screamed like I’d startled him. Of course I didn’t but it was the funniest thing ever.

What’s your strangest gig to date?

I did one gig in northern California at a lodge. It almost felt like Knights of Columbus. I think it was a fundraiser, but I just kept going, “Where are the exits?” like I was kind of concerned for my safety. I also did a college gig where the stage was a piece of wood on four 10-gallon buckets turned upside down.

You’ve spoken a lot—notably on Conan—about living without gluten. How’s that going?

The good thing is I don’t have Celiac disease. I’m not going to die. I’m like 80 percent off gluten, and I feel 100 percent better. I even started buying gluten-free beer. But I’ll have a gin and tonic before I take my gluten problem in public.

I also dated someone years ago who was on-and-off the master cleanse. It got to feeling like, “It’s in my city! It’s in my apartment!”

What are you most looking forward to about your time in Portland?

I love Portland. Two big things: Powell’s Books, there are not enough words to describe how happy that place makes me. And the Oregon Ducks are playing at like 6 o’clock on Friday, and I just plan on going to a bar with a friend and soaking all that in and taking in that local Oregon obsession.