HOW TO SURVIVE A PLAGUE

Battling AIDS beyond the ribbon. 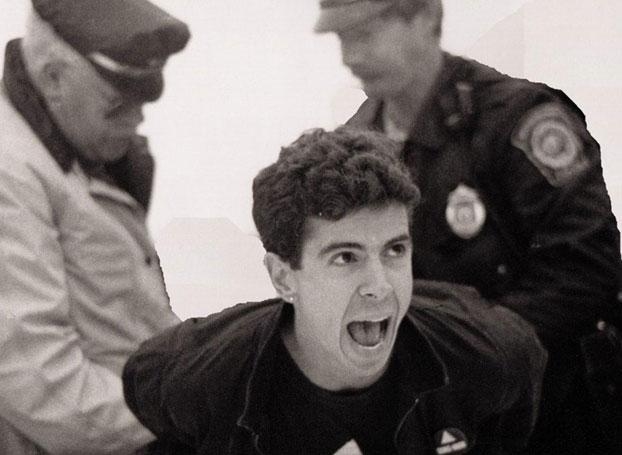 (willamette week) “Ninety-three through ’95 were the worst years,” says longtime AIDS activist David Barr near the close of How to Survive a Plague. “And then we got lucky.”

The sentiment captures the general feel of the nine-year battle that began with communal outrage and advocacy and then grew to inevitable in-fighting between splintered groups mutually outraged at the lack of institutional response to the disease but equally conflicted about how to battle it. What the members of the AIDS Coalition to Unleash Power (ACT UP) shared was an understanding of urgency and the political, ideological and bureaucratic bullshit delaying effective treatment, let alone a cure.

Director David France is a reporter by trade, and he produces a near-seamless piece of long-form journalism by weaving together home video and broadcast footage to show the victories and inevitable missteps of ACT UP. What France presents is less a call to arms than a retrospective of the resourcefulness of a group that did far more than heckle politicians, even producing a medical glossary and comprehensive treatment plan at a time when neither was provided by a government institution. In addition to staging dramatic protests at Catholic churches and New York-area hospitals known for discriminating against AIDS patients, the group pressured the FDA to step up research into proposed drug regimens making their way through the system.

France profiles major ACT UP players. Some are afflicted with an HIV diagnosis and some won’t live to see 1996, a turning point in the AIDS battle. But France maintains suspense while assembling a chronologically cohesive history of the movement.

Few AIDS documentaries manage to balance both the pragmatism and personal cost of the uphill battle for effective AIDS research and treatment, and France does it with the right amount of sentiment and cold, hard statistics. A yearly AIDS death toll grounds more upsetting footage of hateful public figures like former senator Jesse Helms or a bumbling, ineffective George H.W. Bush. In the end, How to Survive effectively proves that, in the face of any profound loss, knowledge is power.