A movie with great buzz. Am I right, ladies?! 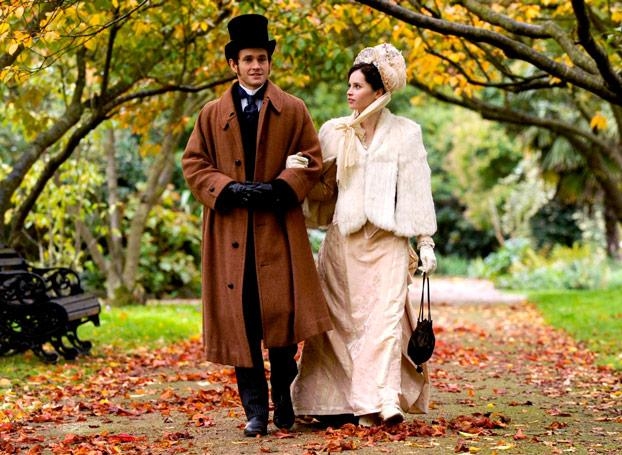 But Dancy carries his lot quite well, playing Granville with earnest charisma even as the good doctor begins to develop carpal tunnel syndrome. The richest moments come as he’s on the cusp of innovation, in the company of his childhood friend Lord Edmund (the always extravagant Rupert Everett). Edmund’s hobbies include futzing with electrical generators and sexual debauchery. It’s only a matter of time before this duo stumbles onto the idea of a handheld marital aid. Then, Hysteria becomes what it really is: a sex comedy with a hint of slapstick.

It’s when Wexler tries to explore medical ethics that we lose track of whether we’re supposed to laugh or feel challenged. That’s because Hysteria seems to reflect the same prudishness in dealing with female “paroxysms” as the era it’s trying to question, opting to depict “therapeutic massage” by making a spectacle of it. Wexler places only women of a certain age in the stirrups, and they are played exclusively by actresses with distinctive (and not classically attractive) features. One of the regular patients is, I am sorry to say, a rotund opera singer.

Perhaps we can handle our own awkward medical history only if it’s packaged as a romantic comedy. Hysteria dutifully (if clunkily) broaches feminist issues of the day by pitting Granville against his employer’s suffragette daughter Charlotte (Maggie Gyllenhaal as a radical not unlike her socialist baker in Stranger Than Fiction). If Hysteria can’t settle on how to have this discussion, at least we get a fiery Gyllenhaal and a few seedy facts to break out at cocktail parties.