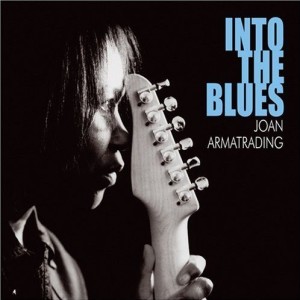 (venusine) Joan Armatrading has released the tribute album she always promised she would, and it only took about three decades. The omni-present power-rock vocalist who predates Tracy Chapman (to whom she’s popularly compared) gives us a product of self-fulfillment absent of any self-indulgence, a sampling that showcases Armatrading at her commanding best.

The aptly named Into the Blues features original tracks that flirt but don’t entirely commit to the old blues traditions, instead bear the indelible Armatrading mark. Her “Woman in Love” allows her to wade into delta-area convention, with her optimistically romantic asides laid over classic blues riffs. As she tosses out a solidly crafted guitar foundation without breaking a sweat, Armatrading branches into an ethereally upbeat chorus, temporarily exiting the Memphis blues to tread the more confessional territory that she has mastered.

For all its grassroots posturing, America isn’t entirely responsible for birthing and bringing up the blues: Britain can claim a fair share of the credit, so it’s fitting that a woman who spent her formative years in Birmingham, England, should break out of the rocking chair and go beyond singing of being done wrong. Armatrading’s authoritatively seductive voice pushes through tracks like “Deep Down” and “Something’s Gotta Blow,” which are more bluesy in content than form. Here convention is alive and kicking in the lyrics: “There Ain’t a Girl Alive (Who Likes to Look in the Mirror Like You Do),” for example, keeps alive the spirit of the bemused blues man (or ballsy blues chanteuse) tossing out biting observations of a would-be lover. Armatrading’s “Liza” is an ironically admiring ode of a ne’er do well temptress that the boys and girls just can’t seem to get out of their heads.