SEEKING A FRIEND FOR THE END OF THE WORLD

Love in the time of apocalypse. 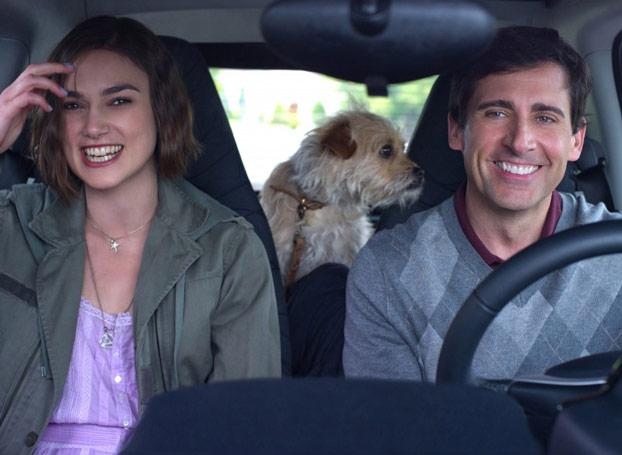 (willamette week) In a world where the Armageddon plan of attack didn’t work and the asteroid is still coming for us, a dialed-down Steve Carell sits listening to a forecast of the end of the world. His wife flees the car without a word, and Carell throws himself into a feature-length existential crisis with a shrug and a “so it goes” attitude.

Initially, anyway. Much like comic brethren Will Ferrell, Carell is at his best in more dramatic roles where his chaotic shtick is kept in check. As Dodge, he is an insurance salesman who has only vague ideas of how to live out his last three weeks. He’s surrounded by the whole spectrum of human reaction, witnessing suicide and hedonism and traffic jams in equal measure. Carell continues to show up for work and is offered the now-vacant position of CFO. He loses it only when he finds out his estranged wife had been cheating on him.

He doesn’t want to do the work of dating just so he doesn’t have to die alone. Luckily, fate and smoke alarms deliver him downstairs neighbor Penny (Keira Knightley) and a chance at reclaiming a lost love: Penny has hoarded his misdelivered mail, you see, and it includes a months-old letter from the one that got away. Dodge is easily persuaded to revisit his past, and Penny wants to board a plane back to Britain. Armed with a dog Dodge was stuck with after a bender in a public park, the two of them have all the fixings for an end-times road-trip movie.

Because it seems so inevitable that they’ll fall into each other’s arms, the chemistry can at times feel lacking between these two. Knightley injects the film with an unfortunate dose of twee, as when she flees her apartment during a riot and grabs only a stack of beloved LPs rather than going for the weed she spends the rest of the film pursuing. That Seeking succeeds is due in large part to Carell’s heartbreaking mug—I swear to you, he pulls off a montage set to “The Air That I Breathe,” for chrissakes—but writer-director Lorene Scafaria has created a solid story and a relatable world, even if it transitions unevenly from tight black comedy to sentimental romance.