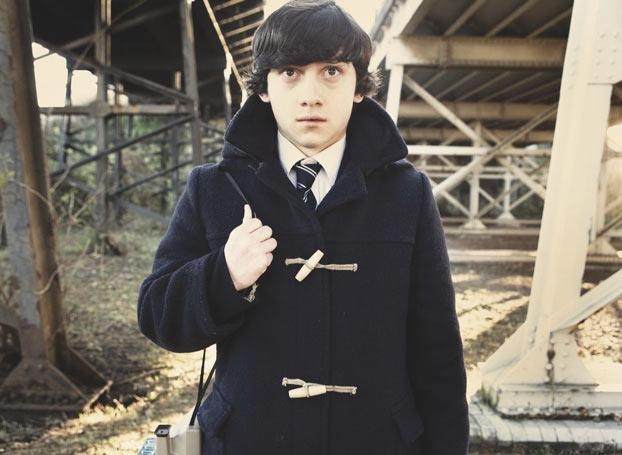 (willamette week) The accusations of Wes Anderson-ry will surface just after the opening credits, so it’s best to meet them head on: In Submarine, director Richard Ayoade does, in fact, focus on a sullen adolescent who inhabits a perpetually overcast world (to be fair, it is seaside Wales). Good-natured young Oliver Tate (Craig Roberts) stumbles in his overreaching attempts to connect to others and ends up distancing himself all the more (he gleefully tries on affectations to underscore the rift). But this adaptation of Joe Dunthorne’s semi-autobiographical novel plays with the restrictive “coming of age” genre, which, after all, represents an experience that is annoyingly universal.

Oliver’s raison d’être is to get laid and to keep his family intact, and despite the high-brow aspirations of other outsider heroes (Max Fischer of Rushmore, say), weren’t our junior-year goals so easily summarized? God is in the blemished details, starting with Jordana, the bullish and eczema-stricken object of Oliver’s affection. Pretty in a pouty-scowling kind of way, she has a tendency to bully the fat girls and Oliver in equal measure—in short, not the most easygoing schoolyard siren. Meanwhile, Ma and Pa Tate have a low-libido union that gets explored in uncomfortable detail by Oliver himself. His look at their marital malaise gets a cathartic boost from New Age guru and neighbor Graham Purvis, a seedy blast from Mrs. Tate’s past (deftly played by Paddy Considine, who saves the role from annoying caricature).

In fact, it is Ayoade’s refusal to give Jill and Lloyd Tate the John Hughes “parents just don’t understand” treatment that makes Submarine worth the time. As Jill, an aged-up Sally Hawkins balances neurosis and likability; Noah Taylor gives Lloyd, a depressed marine biologist (and disgraced science TV presenter) heft. When gaunt Lloyd giddily presents his son with a mixtape meant to encourage a burgeoning romance, and when he quietly shuts down Oliver’s suspicion that Jill is stepping out on the family, there is a true sense that Dunthorne’s tale is actually about three people. True, Oliver’s narcissism keeps us on track for the dull epiphanies that seem so sharp at 15, but when his tried-on pretenses wear thin in the face of his first relationship and he falls short of model boyfriend, he’s in good company. There are no bad guys in the Tate household, just role models who embrace the avoidant approach.