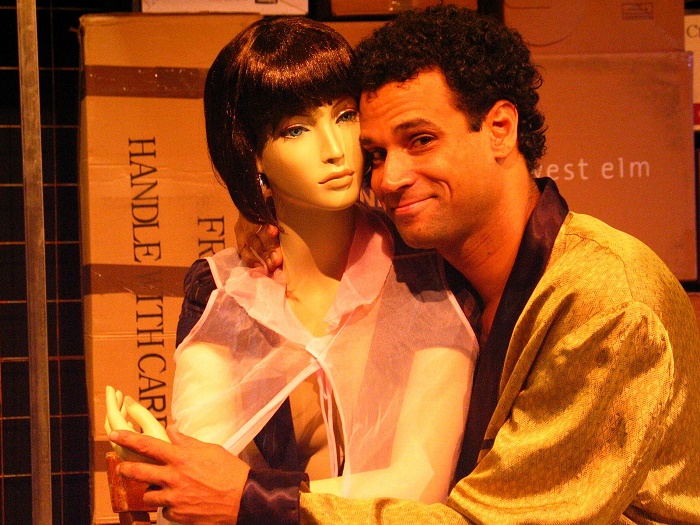 (willamette week) In the foreword to his production of Petr Zelenka’s Czech hit, director and translator Stepán Simek notes the relative difficulty he had in getting the piece produced stateside. In a national industry where Chekhov is about as exotic as it gets, there is a general hesitancy about approaching anything from the former Eastern Bloc. But Zelenka’s work, in which only one player officially goes to the madhouse, but where no one is above it, is a universal one. Simek has kept the crackling dialogue true to American diction, and, except for the occasional mention of Red history, what we have is good old-fashioned American-style dysfunction.

Peter (Brian Allard) is a beer-swilling thirtysomething who follows his shut-in and sexual deviant friend Midge’s (an exuberantly goofy Shuhe Hawkins) black-magic advice to lure his girlfriend, Jeanette, back to him. Peter vacillates between midday delusions, watching his neighbors fuck (at their behest) and suffering through visits home, where his excitable mother (Dalene Young) donates blood obsessively and predicts her husband’s (an endearingly meek Michael Chambers) downfall. Dad, meanwhile, plays with beer bubbles and bemoans his old career as a radio mouthpiece for the Party.

Playwright José Rivera once wrote that, when dealing in magical realism, you are only allowed to tell one lie. It’s a disservice to classify Tales as mere magical realism (it’s more of a surrealist, absurdist rom-com), but Zelenka stays true to Rivera’s assertion: The “lie” is that inanimate objects can come to life, mostly to positive effect. But as everyone in Peter’s world shows signs of cracking—making untoward confessions, professing love to complete strangers, screwing away grief—there is little call for suspension of disbelief. A truly theatrical act of desperation ties the madness up nicely, and anchoring performances by Young and Chambers (who are tasked with some of the most longstanding, and therefore, heaviest neuroses) provide a jarring few moments of heartbreak in the last act.