THE GOD GAME (Shaking the Tree) 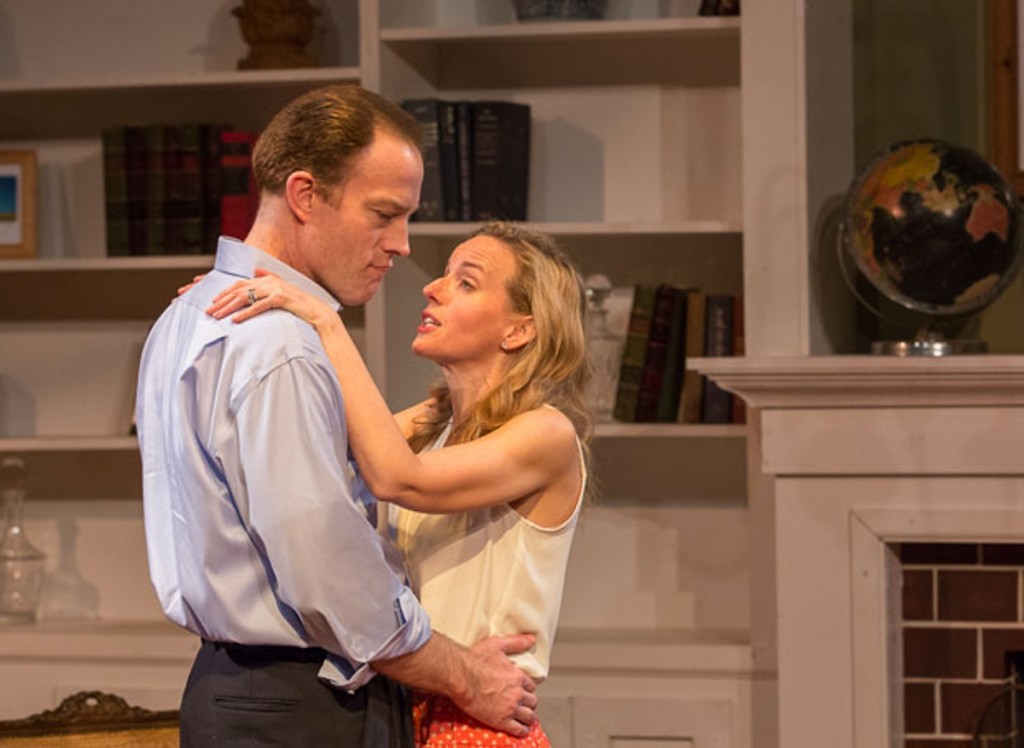 (willamette week) The God Game premiered only hours after Gov. John Kitzhaber’s resignation announcement. Shaking the Tree Theatre could hardly have planned it, but it was an uncanny moment to examine the role personal discretion plays in politics. Unlike Kitzhaber, Virginia’s junior senator, Tom (Leif Norby), is careful about how his private life will affect his career choices. He gets what may be the offer of a lifetime on the night of his 20th wedding anniversary. During a quiet night in with his wife, Lisa (Laura Faye Smith), he is interrupted by the seemingly unexpected arrival of Matt (Kelsey Tyler), campaign manager for the Republican presidential nominee.

But before his arrival comes Lisa’s awkward attempt to seduce her husband, a “Happy Birthday, Mr. President”-style venture seemingly ripped from the pages of O Magazine. In hindsight, the gesture will become something more poignant. It is a play for normalcy after a year marred by the death of Tom’s beloved brother, Jay, who is Matt’s former partner.

Smith plays Lisa with a veneer of control, and no one seems to hold her wedding anniversary nearly as sacred as she does. But piety is her bread and butter; she is a  good, church-attending Christian wife irritated by her husband’s sudden default to agnosticism. Matt sees Tom’s crisis of faith as easily smoothed over. He’d already sold his own chance at legal marriage up the river in order to work for a right-wing blowhard.

With excellent direction by Brandon Woolley, the verbal sparring ricochets seamlessly among the personal, political and ideological. And scene designer Demetri Pavlatos gives us a domestic space with all the trappings of a neat political family: vaguely colonial furnishings, leather-bound books and a rather ominous, inky globe prominently displayed on the mantle.

But the central conceit—that a Republican senator from Virginia suddenly has reservations about pandering to the base by dropping G-bombs—is questionable to the point of absurdity. One wonders how he got so far, and why his wife only now has objections. Though it’s beautifully delivered, playwright Suzanne Bradbeer has given us a play with a conflict that rings as false as the too-tidy sound bite that closes it.