THE PORTLAND TAROT: THE MOON CARD 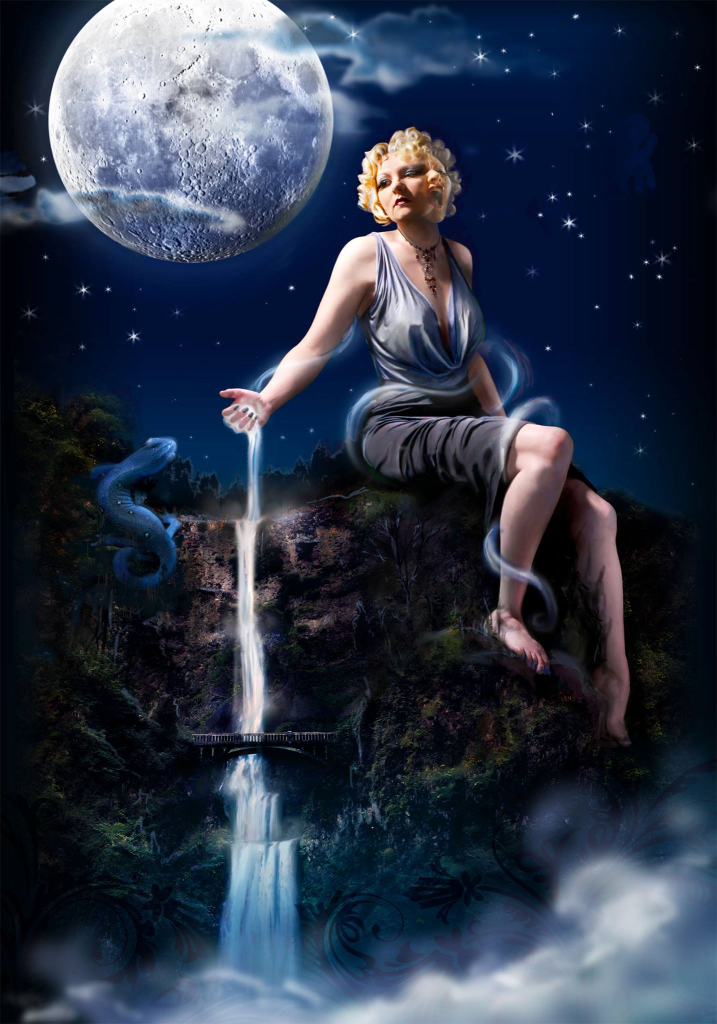 I was honored to participate in Theresa Pridemore’s brilliant Portland Tarot project, which combines centuries-old symbology with Portland’s cultural (and emotional) landmarks.

Theresa is a gifted artist and true intuitive. She and I have in common an incredibly taxing professional experience — or rather, we are true professionals whose talents were taxed at the same place, different timeframes. I think we both saw our experiences as character-building. (Being a true professional, I’ll leave it at that.) Interestingly, this corporate gig we had required some knowledge of the tarot, which is perhaps not so odd when you consider it was headquartered in Portland. So it was somewhat cathartic to show up to Theresa’s lush studio in St. Johns, near Cathedral Park, on a chilly February day to embody one of the Major Arcana cards.

She cast me as The Moon (card) when I was coming out of a tumultuous period in my personal life and career.  Inspired in part by Cyndi Lauper (and, if we’re being honest, a little touch of Elizabeth Daily), this is the result.