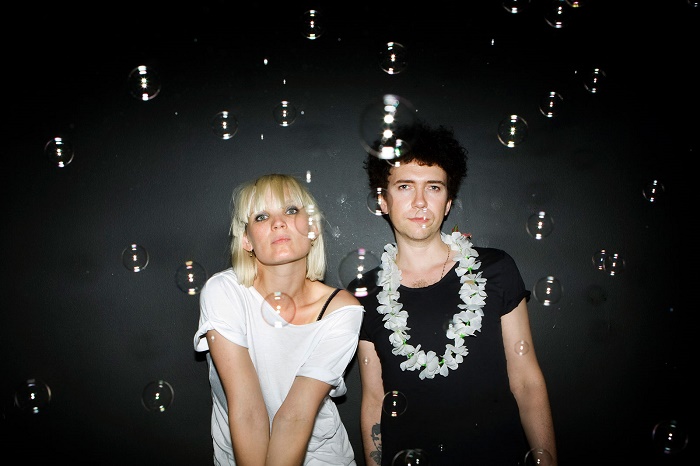 Wagner spoke to The Reporter from New York on the eve of his West Coast tour.

VCR: You once said that you were influenced by the Dogme film movement — known for imposing strict rules on production — that was coming out of Denmark at roughly the time you were formulating your sound. Did you feel pressure to write out your own rules of conduct?

Sune Rose Wagner: I just wanted to do something that I hadn’t heard anyone do before. And so, by doing two albums in the same key, and one in minor and one in major, it was definitely something that I don’t know anyone has done before. It’s sometimes like if everything is available to you, you lose interest. Sometimes I think it’s healthy for people to try to work within confinement, under some strict rules or restrictions at least. It just sparks creativity in a completely different way.

You’re very stripped down on this tour. You normally tour with another guitar player and a drummer.

Sharin and I get bored very easily, and when you feel too comfortable in your environment you just start slacking off, I think, and you lose the edge that you have when you started out. We both felt that we had gotten to a point where things were just too easy for us. We were touring in a big bus with a sound guy, with a roadie and tour manager, and all we had to do was just show up half an hour before the gig and go out and play, and then go out and get drunk or whatever. It was just not interesting for us anymore. So we just decided to go back and do exactly what we did when we started, even before we were the Raveonettes.

Do you think you work harder on this tour?

Oh, yeah. We do everything. We do all the driving, we put up our equipment, we take down the equipment, we sell our merchandise, we play, we do everything, and it’s just a lot more fun, to be honest with you because being on the road, as anyone will tell you, it’s just such a drag. You lose all interest in music and you’re not inspired, so we just decided if we do everything ourselves, we’ll have plenty of stuff to do during the day and we’ll be a little bit more responsible. It just made us play so much better.

You wrote admiringly on your MySpace blog about the therapist you’ve started seeing.

I’ve always wanted to see a therapist for years; I’ve just never felt I had the time to do it. And because I’m a big Woody Allen fan, and he always talks highly about shrinks. Woody Allen actually controls my life quite a bit, believe it or not. He’s always a good inspiration to have around.

What can we expect from your upcoming album?

It’s back to where I liked us from the very beginning, with a minimalist kind of attitude to the whole thing. And I think it has a really dark vibe to it. It’s a very personal album. And it has this theme to it, and the theme is lust, really forbidden lust. I think sometimes people always thought our music was a little kitschy or campy or something, which it actually never was.

Why the forbidden lust theme?

It’s just something I’ve had for years, really, which is why it’s very difficult for me to have a girlfriend, because I don’t like it when I feel too … trapped, almost. It’s almost like a voyeuristic kind of view. I’ve always reminded myself of Kyle McLaughlin in Blue Velvet where he’s sitting in the closet watching Isabella Rossellini — that kind of [sense] where you’re interested in everything else but you and your relationship, for that matter. Where you just become a spy, almost, and you have all these cravings, all these strong desires to do anything other than what you’re doing right now.