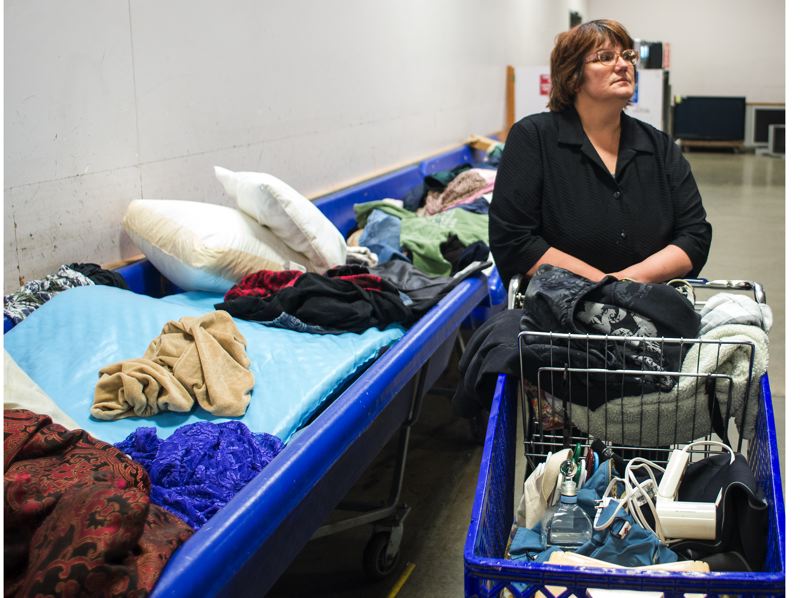 (hillsboro tribune) Enterprising shoppers often visit the Goodwill Outlet store in Hillsboro — popularly known as “the bins” — to sift through 9-foot-long containers to find the elusive “get.”

There have been some big deals scoured from those bins. Tina Engelfried of Hillsboro resold a Louis Vuitton bag through her eBay store at a $200 profit. A local mother, identifying herself only as Lis, grabbed two new Medela breast pumps, which she sold for $200 each through Craigslist.

Some people spend up to 12 hours here each day, making their living by uncovering items of hidden value buried among unsold thrift store items and buying merchandise by the pound.

Those bins piled full of unusual stuff are sometimes a boost to the region’s economy, providing money for both Goodwill and its bargain-hunting customers.

Dale Emanuel, public relations manager for Goodwill Industries of the Columbia Willamette, says about 80 percent of outlet shoppers resell what they buy.

“They either make their entire living by reselling, or they supplement their existing income and they work here sometimes longer than the managers,” Emanuel says. “They may very well be here 12 hours a day. It’s eBay, it’s for-profit thrift stores, it’s swap meets, it’s garage sales.”

Goodwill has its own eBay-style Web presence, shopgoodwill.com, where employees with a good eye have also rooted out desirable items in good condition. The shopgoodwill.com headquarters are adjacent to the bustling, 14,000-square-foot warehouse where focused consumers paw through hundreds of pounds of second-hand ephemera.

Toward the back of the building, there’s a loading dock that accepts 20 truck deliveries each day from Goodwill retail stores in Forest Grove, Beaverton and Hillsboro.

Although the Goodwill Outlet may at first glance seem like a dumping ground for unsold goods, the estimated 500 daily transactions with bargain hunters buying merchandise by the pound casts the retail space in a different light.

Or as Emanuel puts it: “In order to keep this place fed, we have 20 28-foot trailers delivering seven days a week.”

It’s all part of the cycle instituted by a Goodwill region that received 173 million pounds of donations last year. According to Emanuel, Goodwill of Columbia Willamette puts 94 cents of every dollar it makes back into its own employment and community programs.

The outlet is the final stop for donations that have sat unsold in one of Goodwill’s retail thrift stores for three to five weeks. The merchandise is filtered into bins that are put out on the main floor and changed out three times each day. Whatever isn’t picked up in the outlet’s retail space then gets brought in the back, where 88 percent of it is recycled in some form.

“Our goal every day from 8 a.m. to 8 p.m. is that about 78,000 pounds of merchandise is either sold, recycled or salvaged,” Emanuel said.

There are two balers: A textile baler to compact end-of-the-line clothes, linens and towels into thousand-pound bricks, which are then stacked into units of 40 to be picked up by salvagers who resell them in Third World countries, Emanuel says, “for pennies on the pound.”

The second baler packs unsold stuffed animals into shrunk-wrapped units that are similarly salvaged and resold.

At a cluster of workstations in the next room, “listers” process carts full of items deemed appropriate for the online store. The job descriptionA few containers line the wall, one with moose antlers and mounted taxidermy deer heads poking out. Certain items, like these, bypass the retail stores completely, often because the items require research into their legitimacy or legality. Donated game by law has to be checked against U.S. Fish and Wildlife guidelines, as well as Washington and Oregon departments of fish and wildlife criteria, to ensure Goodwill is not reselling anything that was illegally hunted or poached. is part researcher, part appraiser of everyday objects, and each lister aims to process 60 pieces of merchandise in a day. The online store posts an average of 400 new items daily.

According to Emanuel, 98 percent of listed items start with an opening bid of $5. Bidding is open for seven days, and items are then sent out from the on-site shipping center. The best-selling items among the site’s 850,000 active bidders are jewelry, instruments and art, and the average item sale price is around $34.

While the average Goodwill retail store customer is female, Emanuel said, they’ve found that there’s a 50/50 gender split on shopgoodwill.com.

For locals, there’s the option to bypass shipping fees and pick up the merchandise themselves. It’s a popular option for people like Beaverton resident Chris Drabik, who was at the checkout counter early last week to pick up an Erector Set for his son. The set generally retails for $90, Drabik said; his winning bid was $30.

Whether through carelessness or bulk estate donations, items of great historic and monetary value sometimes slip into the Goodwill system. Sorters at each retail store are trained to filter out potentially valuable merchandise.

In fact, a 2006 painting at this very center set records for most expensive donation. The Frank Weston Benson watercolor was dated 1926. After it was authenticated, the piece — “Summer of 1909” — sold for $165,000 online.

Last week, the e-commerce site had on display a beaver fur top hat that dated back to the mid-19th century, as well as vintage World War II editions of The Eugene Register-Guard.

“I’ve been here for five weeks, and there have been two paintings that were to customers worth more than $4,000 each. Just this week, two watches were donated that we haven’t had authenticated yet, but if they’re authentic they’ll be worth certainly many hundreds if not thousands of dollars,” Peterson said.

Listed items are meticulously cataloged and fill several aisles of shelves that can house up to 20,000 items as they are being bid on.

But some items, like antique muskets, are considered specialty items with a guaranteed customer base willing to pay the assessed price.

Goodwill reports that total online transactions from this particular center in 2011 generated more than $4 million in sales.

Each Goodwill system is independent, and each is given its own territory and a lot of leeway in how it does business. Not all Goodwills take the superstore approach common throughout the Portland area, for example.

Regardless, Emanuel says, “our mission is always the same, which is to give opportunity to people with barrier to employment in the way of job services.”

This Goodwill region employs 2,200 people, two-thirds of whom have some kind of barrier to employment: physical or mental limitations, limited English skills, an inconsistent resume — and at times, a questionable legal record.

One of the services Goodwill offers includes job interview prep classes for inmates at nine different correctional facilities. Inmates who are six weeks away from parole are offered courses on how to speak honestly and openly with potential employers about any felonies on their record.

Lister Tadgh Wright himself benefited from Goodwill’s Job Connection Program when the job offer that brought him to Portland from Buffalo, N.Y., didn’t materialize.

After submitting his resume to the program, he was hired on in the book department, but requested a transfer to listings, where he now assesses and posts collectibles to shopgoodwill.com.

In a given day, he might look up details on a donated Nintendo 64, a 150-year-old vase or pieces of armor.

The self-described “trivia junkie” found that he took to items of mysterious origin.

“My historical interest is more on periods of American history with war, like the Civil War, so occasionally we’ll get uniforms from those time periods.”