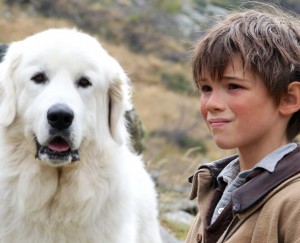 (willamette week) B+ [FRANCE] To a very specific generation—late Gen-X’ers and early Millennials—the duo of Belle and Sebastian evokes kinetic anime landscapes and a Glaswegian indie-rock band, simultaneously; here, director Nicolas Vanier does right by Cécile Aubry’s tale of a boy and his Great Pyrenees dog in the deftly captured French Alps. The orphaned Sebastian befriends the much-maligned beast, who acts circles around an already talented cast. It’s 1943, and the Nazis maintain a tense presence in a small mountain village, where sheep are being picked off by forces unseen and someone in the village is moonlighting as a guide for Jewish refugees seeking the neutral embrace of Switzerland. Concern for Belle’s safety pits young Sebastian against his adoptive family, namely the loving and grizzled César, who does not believe that an abused dog can ever truly be saved. Vanier, whose previous projects have been set in the likes of the Yukon and Siberia, begs to differ. 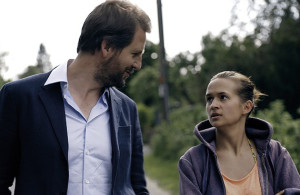 B- [SWEDEN] Norway is consistently rated a top nation for social welfare programs, but director Ronnie Sandahl’s debut focuses on a cast of Oslo-dwellers who are all arguably at risk: Dino, a hard-partying, rudderless Swedish immigrant, is at risk of disappearing into the obscurity of poverty. Steffen, a mediocre tennis star-turned-restaurateur, is awaiting the return of his wife overseas—they may or may not be on a break—and is at risk of simply being alone with his two children. Meanwhile, his young teen daughter, Ida, is going through puberty, at risk of all that entails, and unable to excite more than passing concern from her upper-middle-class parents. When a work placement program delivers Dino to Steffan, the nanny fetish cliché is melded into something temporarily beautiful. Remember, though, that Norway has historically been ruled in fits and starts by either Denmark or Sweden, and has only in recent years gained an economic upper hand with its neighbor to the east. 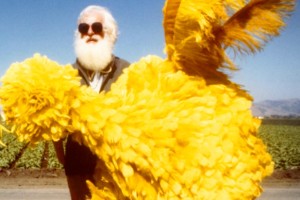 I Am Big Bird

(willamette week) B+ [U.S.] At 81, Carroll Spinney still shoulders the great, bright burden of playing Big Bird. After the success of 2011’s Being Elmo, it was perhaps time for an exhaustive documentary about the man behind an even more iconic Sesame Street resident. I Am Big Bird largely delivers, providing a loving portrait of Spinney’s personal and professional highs and lows, from his timid early days finding his footing as what was more of a dopey ostrich type than the outgoing, childlike fowl the character would become. The documentary is complete with plenty of odd and harrowing trivia: Did you know that last-minute logistical issues saved Spinney from being on board the doomed Challenger space shuttle in 1986? Or that a murder was committed on his property in 2005? But arguably more gripping is the behind-the-beak look at the physically perilous process of operating the 8-foot-tall Muppet—and Spinney’s own illustrations make the entire endeavor pop. 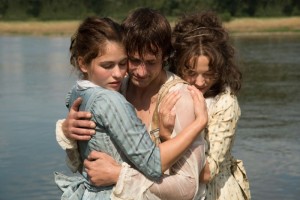 B- [GERMANY] We may never know how much poetic license this biopic takes as it cribs from rumors of the day and a lone, unburned letter to tell the tale of one sexy social experiment. It’s the late 18th century, and young pauper-philosopher Friedrich Schiller is entranced by both Caroline and Charlotte von Lengefeld, low-level aristocratic sisters whose preternaturally close relationship presents a compelling argument for going poly. When Caroline was forced into a loveless, lucrative marriage to bolster her family’s stock, Charlotte promised to never leave her alone, and that they would share everything. So much the better for Schiller, but—as the at times experimental, at times lushly conventional pastoral drama demonstrates—love triangles are rarely equilateral. In Schiller’s case, the artistic life, the mundanity of daily existence and a sister-partner whose charisma lags in the third act, can all conspire to upset what looked to be an ideal arrangement. 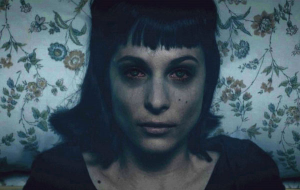 (willamette week) B  [ARGENTINA] Vampires and lesbianism often overlap in the Venn diagram of genres, and when you throw in a forested, isolated locale on the Argentine coast, you’ve got the makings for a moody thriller. Indeed, Darkness by Day is an exercise in well-paced pastoral dread. Virginia holds down the familial fort as her father, a doctor, responds to reports of strange, sudden illnesses he vaguely describes as “mutated leukemia” and which the movie hints, via radio voice-over, might be rabies. Her goth-chic cousin Anabel is sent to stay with her. Homoerotic tension abounds even as Anabel sleeps through most of the day and ambles through the woods at night. Beloved horror tropes such as downed phone lines and mauled animal carcasses don’t always amount to much, and characters that seemed doomed to disappear into obscurity often return. Which isn’t always for the best. 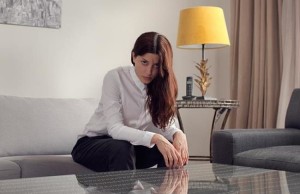 B- [SPAIN] Alicia, 12, is dying of leukemia, and her father Luis, decides to grant her a single wish: to own the couture dress of her favorite anime character. Unfortunately, Luis is one of the approximately 24 percent of Spain that is suffering through unemployment in a place where capable tailors, crowdfunding, and charities of the Make-A-Wish sort don’t exist. Luis strives to give Alicia the experiences she’ll never age into—a cigarette here, some gin there—as he gets ever more creative with bankrolling. But if you are familiar with director Carlos Vermut, you know Hallmark filmmaking this ain’t. This surreal but stark tale forges unlikely run-ins through such elements as the vomit of a burdened, wealthy housewife. Alicia becomes a plot-driving afterthought, and as worlds collide, Vermut teases us with the promise of humanity, connection and redemption—and almost without fail, gives us sex, guns and blackmail instead.